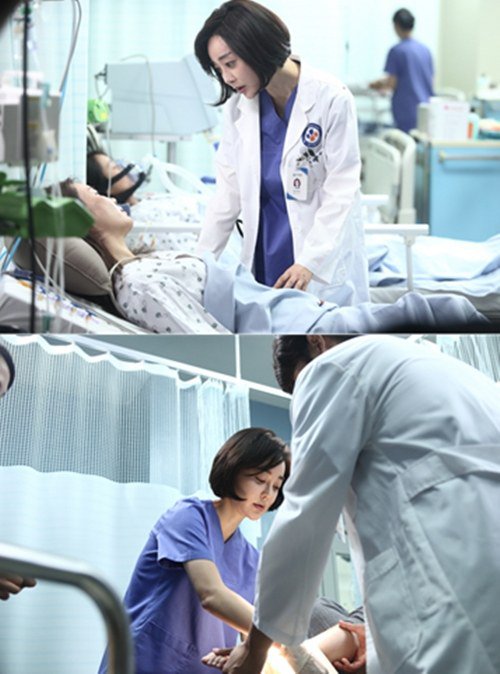 Stills of the actress from the JTBC drama "D-Day" were released on the official Facebook.

Kim Hye-eun in the pictures is treating patients in a white coat.

Apparently, Kim Hye-eun has been going around hospitals before the making of the drama and learning what it's like to be a doctor.

She plays the role of Kang Joo-ran in the drama and she struggles to gain space for her emergency patients. Although she doesn't disobey the hospital director Park Gun (Lee Kyung-young), she makes sure situations turns around the way she wants them to.

Meanwhile, "D-Day" is a medical drama about the medical team DMAT which struggles to save more people in the chaos of a great earthquake.

"Kim Hye-eun, "D-Day" female doctor"
by HanCinema is licensed under a Creative Commons Attribution-Share Alike 3.0 Unported License.
Based on a work from this source