Kim Hyun-joo is a fool for love 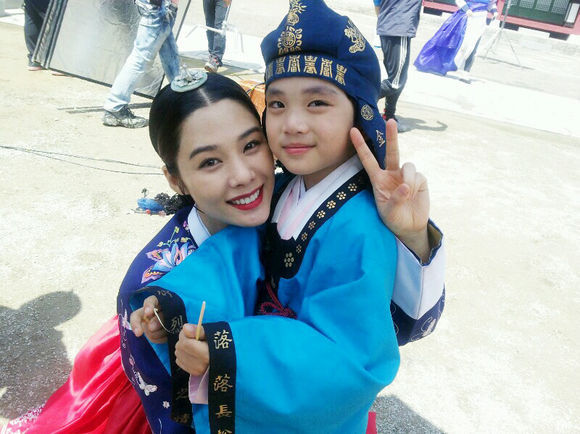 JTBC weekend drama "Cruel Palace - War of Flowers" Kim Hyun-joo uploaded a self came very different from her evil image in the drama.

She is apparently very close with Choi Woo-jin who stars in the drama as her son Soong Seon-gun.

Kim Hyun-joo takes on the role of So Yong-jo, an evil woman who would do anything to gain power but she shows endless love for her son Soong Seon-gun.

Kim Hyun-joo is known to be caring for Choi Woo-jin, always giving him snacks and water.

"Kim Hyun-joo is a fool for love"
by HanCinema is licensed under a Creative Commons Attribution-Share Alike 3.0 Unported License.
Based on a work from this source