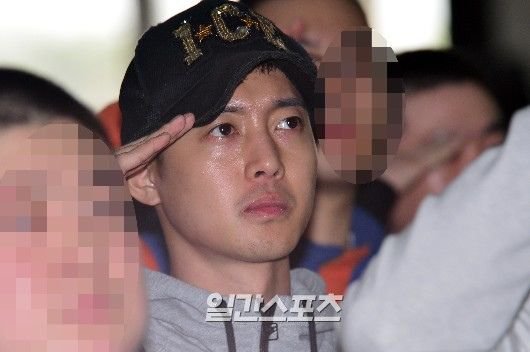 Kim Hyun-joong's side is now suspecting the ex-girlfriend's claim of abuse.

Kim's legal attorney Lee Jae-man told Daily Sports on the 4th, "We inquired the truth from two of the hospitals Choi (ex-girlfriend) got her medical report. After she claimed she was abused by Kim on the 30th of May last year, she got a medical certificate from one hospital and then from another when she claimed he hit her again on the 21st of July. However, none of them said she was hit 'in the stomach'. It's her claim that she was hit there, not the doctors'".

"The pictures of the bruises she disclosed weren't even pictures. The background is of a flowery printed bed sheet but no hospital has flower printed bed sheets. The second time she claimed to have been abused she got the medical certificate a month after it happened. Anything with that long of a term can hardly have anything to do with Kim Hyun-joong".

Previously, Lee Jae-man claimed that he believes there was no pregnancy to begin with. "We plan on dealing with this is every way possible. For criminal charges, we are going to sue her for blackmailing Kim into paying her 600 million won and for civil charges, compensation. The civil charges will be made this month but the criminal charges, as she 'may' be pregnant, can wait until later. In the petition she claimed she had a miscarriage but there was no proof on the date of preparatory procedure. If she wanted to get proof herself she would have no problem getting it in 10 minutes. She only submitted a report for amenorrhoea but that doesn't prove she was pregnant. Also, it's not something the doctor can diagnose for her. She would have to tell him she's not on her period".

The two people's legal battle started with the 1,600 billion won (US$1.6 million) trial in which Choi sued Kim Hyun-joong for with conflict and mental offense. She formerly sued him for abuse in May last year and then again for miscarriage four days later. She threatened Kim for abusing her while she was pregnant and threatened to spread word that he'd caused her miscarriage. Kim Hyun-joong offered her 600 million won in fear of his reputation but she filed for the 1,600 billion won case later.

"Kim Hyun-joong, "Abuse, pregnancy and miscarriage all a lie" complete scam"
by HanCinema is licensed under a Creative Commons Attribution-Share Alike 3.0 Unported License.
Based on a work from this source