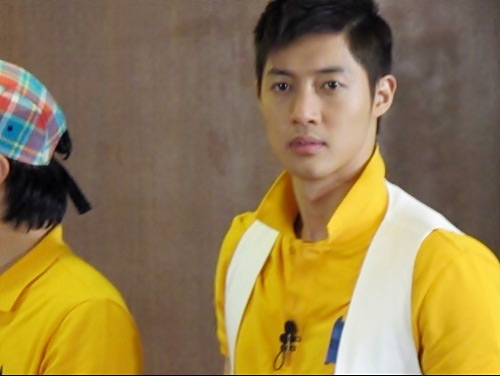 SS501 Kim Hyun-joong has been taken a picture of in SBS "Running Man".

In various online communities recently, a picture has been going around with the words, "Kim Hyun-joong" is on "Running Man"".

Wearing a yellow shirt with a white vest, Kim Hyun-joong is showing off superior looks. He also looks as though he's put on a little weight.

Netizen's say, "Maybe he's there for his solo debut", "It looks as though he put on some weight but he's still great", "Look at that face of his" and more.

Kim Hyun-joong will release his mini album on the 8th of June.

"Kim Hyun-joong, detected in "Running Man" spoiler pic, 'gained weight?'"
by HanCinema is licensed under a Creative Commons Attribution-Share Alike 3.0 Unported License.
Based on a work from this source