Kim Hyun-joong in talks to star in new TV series 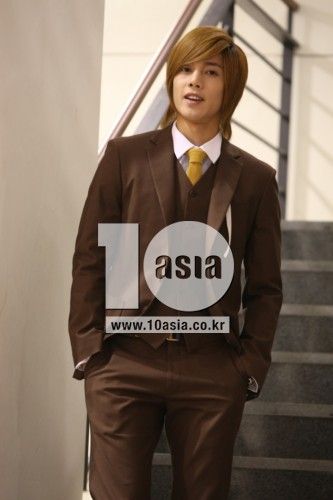 Korean singer and actor Kim Hyun-joong of idol group SS501 is rumored to star in an upcoming TV series based on popular Japanese comics "Itazurana Kiss".

According to various media reports, the singer is currently talking with the show's producers to play the male lead, who is smart, athletic and perfect in every way but has a cold personality.

But an official at production company Group 8 downplayed the rumor, saying "We are discussing it but nothing has been set".

"We are in the final stage of negotiations but we cannot say anything at the present time. A decision will be made soon", he added.

The original comic series "Itazurana Kiss", which sold over 27 million copies in Japan, has been made into animation and TV dramas in Japan and Taiwan as well, where the local TV version scored the highest viewership rating for the year.

The romantic comedy is scheduled to air on MBC after war drama "Road No.1" ends its run.