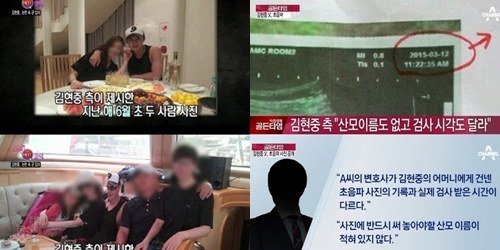 Kim Hyun-joong's vacation is a recruit consolation vacation given after the first 100 days. Coincidentally, his vacation days overlaps with the day his ex-girlfriend is supposed to have her baby.

Some say that he cancelled his vacation because of her, to avoid any unwanted attention.

Previously, ex-girlfriend Choi had said that she had a miscarriage because of Kim's abuse and claimed 1.6 million won in damages. However, before that, she'd already received 600 million won from Kim in compensation and the two have been in legal war ever since.

Choi also brought out the relationship between Kim Hyun-joong and female celebrity 'J'.

Kim Hyun-joong enlisted in the military on the 12th of June.

"Kim Hyun-joong's day out and Choi's baby delivery day the same?"
by HanCinema is licensed under a Creative Commons Attribution-Share Alike 3.0 Unported License.
Based on a work from this source