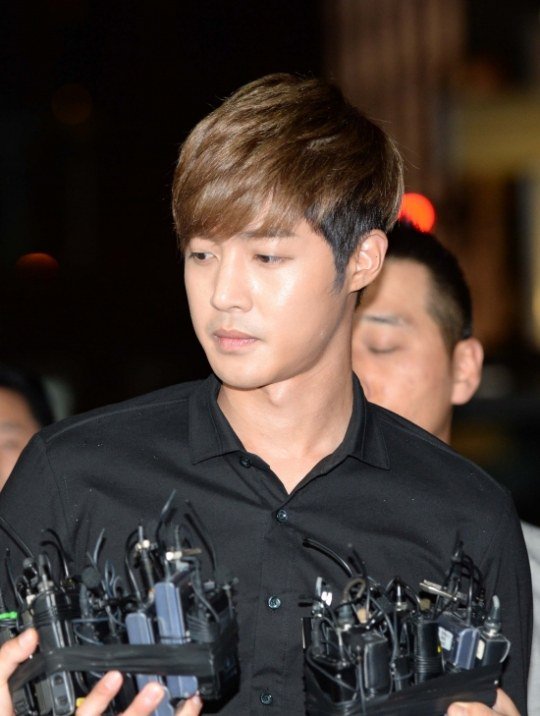 Kim's parents claim to have gotten ultrasonic pictures from Choi at a recent interview with K Star Report.

According to Kim's parents, Kim's mother went to a gynecologist to check for pregnancy on the 12th of March around 10:40AM and saw two ultrasonic pictures of Choi laying on the table. However, she couldn't get them because Choi refused.

The time of the pictures and the time Choi was there doesn't match.

They also claim the name of the mother wasn't printed on the ultrasonic.

Previously, Choi filed a legal case against Kim Hyun-joong claiming that she was pregnant with his child. She claimed pregnancy last year too but claimed she lost the child because Kim Hyun-joong had hit her. Kim paid her 600 million in alimony. The next trial is to be held on the 22nd of July.

"Kim Hyun-joong suspects Choi's ultrasonic "
by HanCinema is licensed under a Creative Commons Attribution-Share Alike 3.0 Unported License.
Based on a work from this source