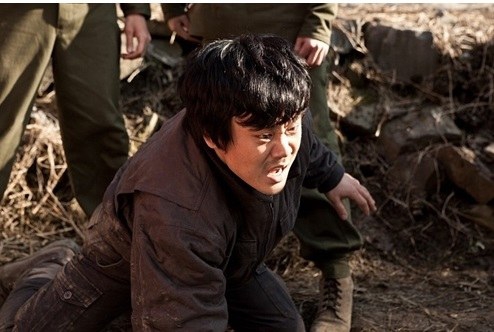 The press conference for "Apostle" was held in Lotte Cinema on the 2nd and Kim In-kwon talked about the filming.

He said, "I was tied up by the arms to a wall to film a torturing scene and lost feelings in two fingers. It didn't come back for a month".

"The director took another cut of the scene but I wasn't sane. I wanted it to end".

Netizens say, "What kind of a movie is it?", "This reminds me of Im Si-wan", "I am curious about this movie" and more.

"Apostle" is about a man who escaped from North Korea to keep his final promise with his wife. Kim In-kwon is a first-class political prisoner and the village leader.

"Kim In-kwon, fingers paralyzed?"
by HanCinema is licensed under a Creative Commons Attribution-Share Alike 3.0 Unported License.
Based on a work from this source