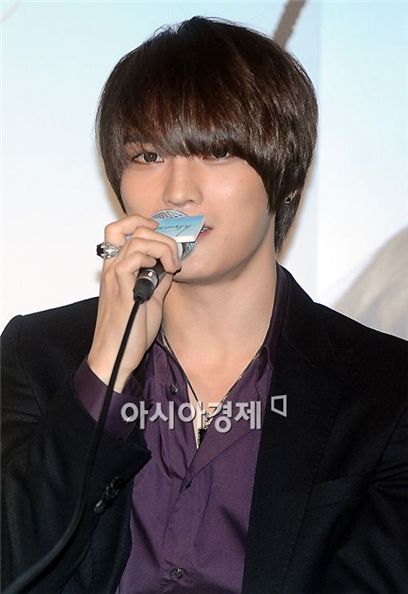 Kim Jae-joong of Korean idol group TVXQ has denied recent rumors that he is dating Japanese model Yano Mikiko, according to a Japanese magazine Women's Weekly.

The weekly publication reported in its recent issue that Kim Jae-joong had "enjoyed a date with Japanese model Yano Mikiko near Shibuya. They were wearing masks and Mikiko had her arm through Kim Jae-joong's"

Mikiko is a popular model who has appeared on the May cover of fashion magazine Non-No.

However, both parties denied the report. Incidentally, Kim Jae-joong had also been linked to Japanese actress Abiru Yuu last November.

Kim Jae-joong, whose real name is Kim Jaejoong, debuted in 2004 as part of five-member boy band TVXQ. The group became one of the most phenomenal K-pop acts in the country and throughout Asia, selling numerous records and recently making history in the Japanese music scene.

The band officially stopped working as a group in Korea last year and in Japan last month due to a legal dispute between three of its members -- Kim Jae-joong, Xiah Junsu and Park Yoo-chun -- and talent agency SM Entertainment over their 13-year exclusive contract.

In April, Kim Jae-joong made a successful acting debut in a Japanese TV series "Hard to Say I Love You" alongside top Japanese actors Eita and Ueno Juri of smash hit TV series "Nodame Cantabile".

"Kim Jae-joong denies dating Japanese model "
by HanCinema is licensed under a Creative Commons Attribution-Share Alike 3.0 Unported License.
Based on a work from this source