Kim Jae-joong, hurt in one eye, with eye-patch 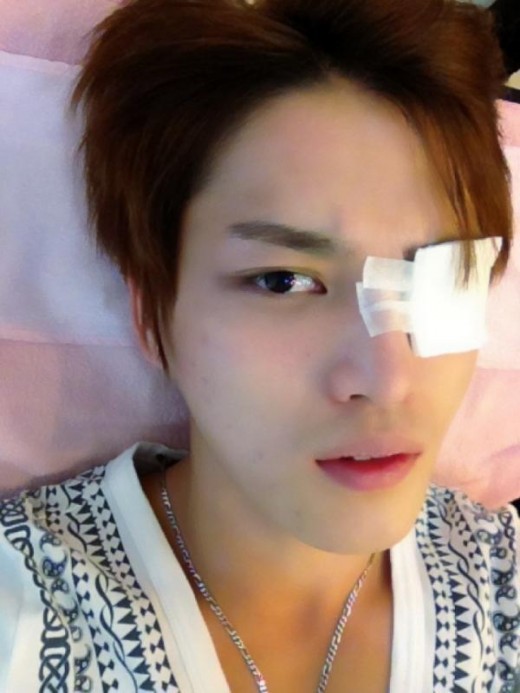 JYJ's Kim Jae-joong posted his latest picture, with one eye covered by a patch.

He posted a picture on Twitter on December 20th saying, "I am a mess... everyone take care of yourselves!"

In the picture, he is wearing an eye patch with a very painful look on his face. He worried about his fans' health as he has been sick recently.

Meanwhile, Kim Jae-joong successfully performed his role as Cha Moo-won in the recently finished SBS TV drama "Protect the Boss" and now he is preparing for his next album.

"Kim Jae-joong, hurt in one eye, with eye-patch"
by HanCinema is licensed under a Creative Commons Attribution-Share Alike 3.0 Unported License.
Based on a work from this source