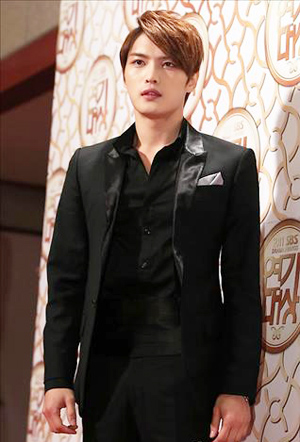 Kim Jae-joong of the star Hallyu group JYJ will appear in the drama "Time Slip Dr. JIN" The PR company 3HW said on February 21 that Kim Jae-joong will challenge himself with his first appearance in the historical drama by playing a competitive military officer with strong self-esteem in the Joseon Dynasty named Kim Kyung Tak. He is a top military officer who was born into a family of master martial artists, and he holds single-hearted devotion to a woman whom he has loved from his childhood.

Star Song Seung-heon will appear as a protagonist in the "Time Slip Dr. JIN", which is a fantasy melodrama in which a genius doctor from the 21st century comes to the Joseon Dynasty by time travel. The PR company said, "Kim Jae-joong and Song Seung-heon will have a fateful confrontation in the drama". The drama is targeting an air date of the first half of this year through a terrestrial channel.