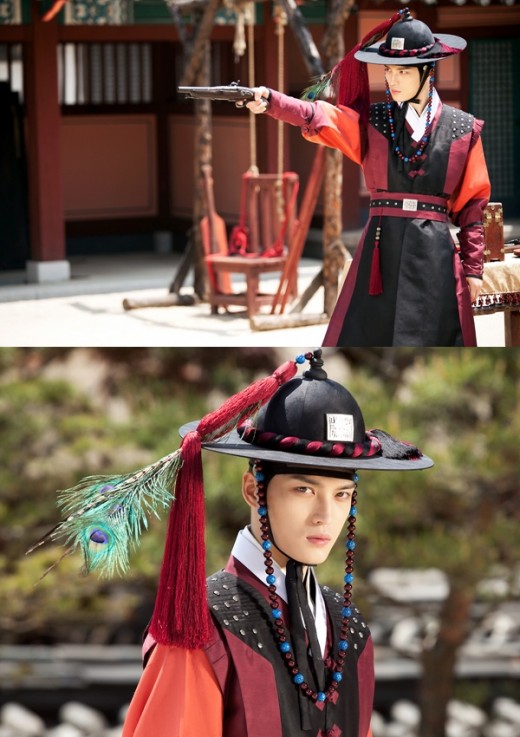 JYJ Kim Jae-joong is attempting at his first historical drama.

Kim Kyeong-tak is a warrior who is outstanding in martial arts and competition. In the pictures of him revealed on the 8th shows Kim Jae-joong's strong eyesight and strong visual.

According to the production crew, Kim Jae-joong has been spending much time in getting used to the tone of speaking and movements for "Time Slip Dr. JIN". He is also practicing various action scenes and riding horses.

He has been doing steady so far and he is able to look good in the make up and the costumes. Kim Jae-joong is working very hard to be the strong and manly Kang Kyeong-tak and all this effort should be delivered to the viewers in no time.

"Time Slip Dr. JIN" is based on an original by Japanese comic artist Murakami Motokai about the best doctor in the year 2012 traveling back into time.

"Kim Jae-joong's first historical "Time Slip Dr. Jin""
by HanCinema is licensed under a Creative Commons Attribution-Share Alike 3.0 Unported License.
Based on a work from this source