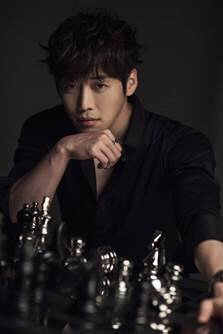 He is coming back with MBC drama "Splendid Politics" for the first time in a year and is expected to go under transformation.

"Splendid Politics" is a drama during the Joseon times, about the passion and jealousy of people through several people in politics. This drama is directed by Kim Sang-ho and written by Kim I-yeong. Kim Jae-won plays In-jo, the sixteenth king of the Joseon times. He was born the first to Jeong Won and in the end drives out Gwang Hae (Cha Seung-won) and becomes the king. Even after becoming king, he tries to get rid of Princess Jeong Myeong (Lee Yeon-hee) for his own justice.

This role of a greedy character is brand new to Kim Jae-won who is the symbol of kind and heart-warming characters. Kim Jae-won said, "The environment and time changes but the humanity of those living the generation is alike in the past and now. I hope to reflect on myself while acting out the role of In-jo".

"Kim Jae-won in "Splendid Politics""
by HanCinema is licensed under a Creative Commons Attribution-Share Alike 3.0 Unported License.
Based on a work from this source