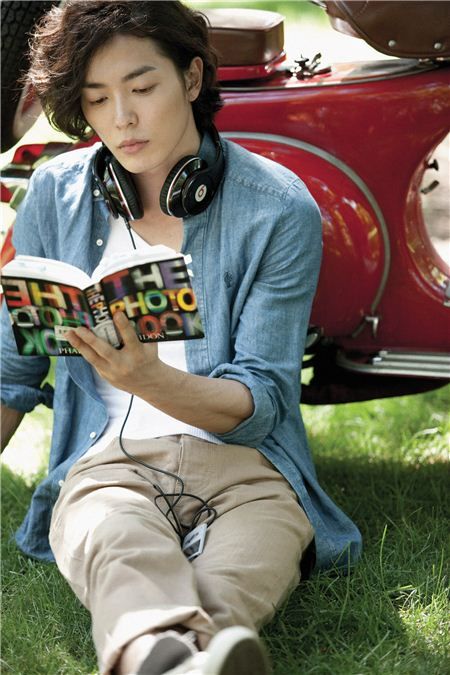 Model and actor Kim Jae-wook has been cast in an upcoming TV series starring top Korean actors Jang Keun-suk and Moon Geun-young, according to the show's promoter Ytree;media.

Ytree announced through a press release that Kim will appear as the love rival of Jang Keun-suk's character in the series based on online comic "Marry Me, Mary!" by famed cartoon writer Won Soo-yeon set to air starting November.

Kim will take on the role of Jung-in, the Mr. Perfect with money, brains and the looks who weds Mary, played by Moon, for 100 days in a fake marriage.

Mary also fake marries Moo-kyul, played by Jang, who is a hippie and lead vocalist of an Indie band yet without anything else, eventually making realizations about love and herself.

Kim, 27, came into the spotlight after appearing in smash hit drama "Coffee Prince" (MBC, 2007) and has since made several more appearances on the small and big screen including film "Antique" and most recently drama "Bad Man". (SBS, 2010)

"Kim Jae-wook hops aboard Jang Keun-suk drama"
by HanCinema is licensed under a Creative Commons Attribution-Share Alike 3.0 Unported License.
Based on a work from this source