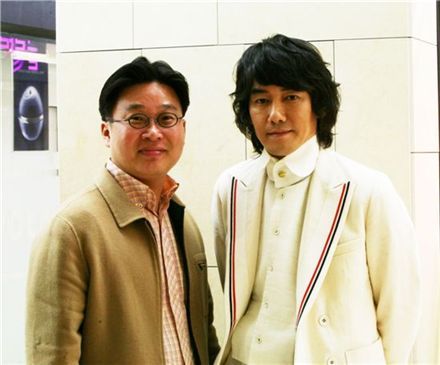 Korean singer Kim Jang-hoon will be financing a Times Square billboard aimed at advocating Korea's sovereignty over Dokdo, a cluster of isolated rocks in the East Sea at the center of a territorial dispute with Japan.

Kim, currently working with professor and public relations expert Seo Kyoung-duk on a campaign promoting Korea's claim over the islands, agreed to cover the entire cost for the year-round ad, according to a press release by online portal Korea.com on Tuesday.

"It's a lot of money but I decided to show my support", Kim was quoted as saying. "I will do my very best to support Professor Seo Kyoung-duk's campaign".

Kim, who is famous for giving out lump sums of money for good causes, has long been at the forefront of most campaigns related to the dispute over the islands.

Dokdo has caused much debate over the years with Japan claiming the territory as their own and marking the surrounding body of water "The Japan Sea" as opposed to the East Sea of Korea. The islands are also better known as Takeshima in Japanese.

Kim Jang-hoon and Seo Kyoung-duk first made international headlines after publishing an advertisement titled "Do You Know?" in the New York Times in July 2008, at an attempt to inform global readers of the ongoing issue.

"Kim Jang-hoon to finance Dokdo campaign in Times Square"
by HanCinema is licensed under a Creative Commons Attribution-Share Alike 3.0 Unported License.
Based on a work from this source