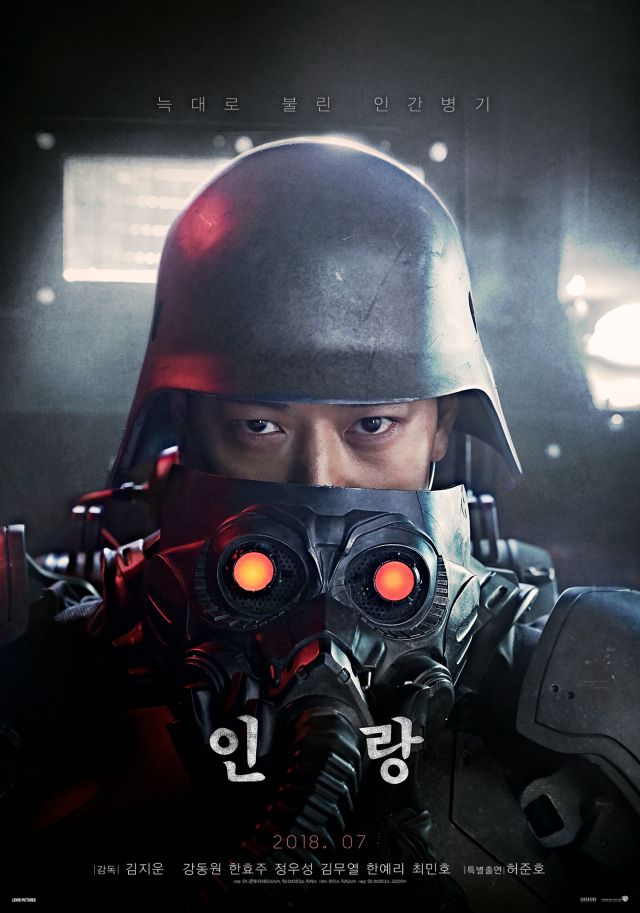 A teaser poster from the action-packed film "Illang : The Wolf Brigade", based on the Japanese animated film, was released on Monday, ahead of its release on July 25.

The film tells the story of conflicts between terrorists, government officials and paramilitary squads and their undercover operations.

The film is already receiving much attention with its star-studded cast including Gang Dong-won, Han Hyo-joo and Jung Woo-sung.