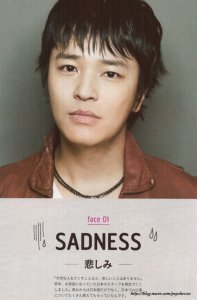 Prior to his military service, Kim Jeong-hoon said in a video message that he chose that role in "Cafe Seoul" because he had always wanted to play a cynical role. He added that he received injuries while filming scenes where he is beaten by gangsters.

He also added that he enjoys the movies produced by Takeshi Kitano and Satoshi Miki, and that he would want to try his skills in a comical role someday as well as the role of a detective or murderer.

Takumi Saito, who also appears in "Cafe Seoul", said the movie is a masterpiece of an innovative genre, and that he was impressed to see the production crew of the movie eat from the same pot and discuss the movie over lunch when it was filmed in Seoul.

Kim Dong-wook said he decided to take the role because it was interesting to see how Japanese writers and director dealt with Korean culture and traditions and because it was an opportunity to learn. Kim added, "Saito and I received energy from stamina drinks".

Director Masaharu Take, for his part, said the movie had presented him with a valuable experience and added jokingly that he still craved the Korean chicken and ginseng soup "samgyetang".

"Cafe Seoul" is a story about the conflicts, strong ties and love of three brothers whose traditional bakery "Morandang" is threatened to be demolished soon. The movie will open in Japan on July 18, starting in Tokyo.

"Kim Jeong-hoon In Comical Role"
by HanCinema is licensed under a Creative Commons Attribution-Share Alike 3.0 Unported License.
Based on a work from this source