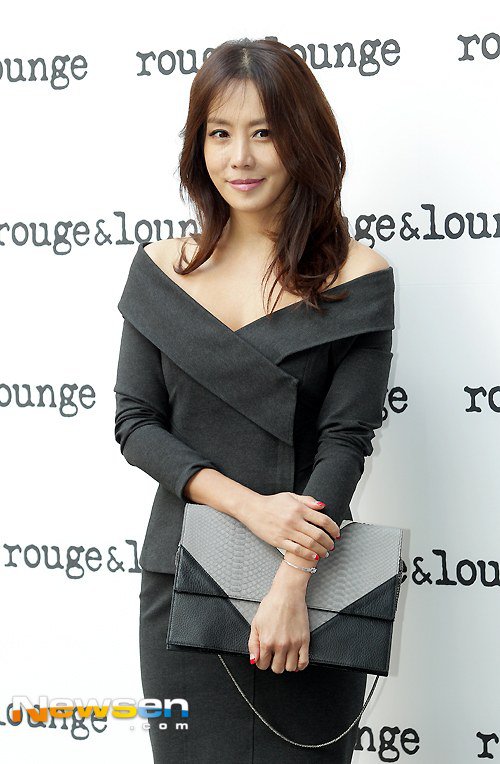 Kim Jung-eun has been cast as the female lead for MBC's new weekend drama, "Make a Woman Cry" (working title), which will be her comeback project to MBC in 7 years.

On February 3rd, her agency confirmed she was cast for the MBC weekend drama, "Make a Woman Cry".

She debuted in 1997 as an actress through MBC's 25th open competition for actors and continued her career in dramas and movies actively since then. Kim Jung-eun, who successfully established herself as one of the top actresses in Korea, is returning to MBC in 7 years since her appearance in "General Hospital 2", 2008.

"Make a Woman Cry" is a collaboration of writer Ha Cheong-ok of 'Gold, Appear!' and producer Kim Geun-hong, who directed 'Guam Heo Jun'. This project is regarded as the most ambitious work by MBC in 2015.

Kim Jung-eun took the leading role of Deok-in, who is an ex-detective from a serious crime unit. She quit her work after she lost her only son and runs a small restaurant in front of her deceased son so that she can reserve the memory about her son. She fights through the staggering process of healing and forgiving while she goes on a journey to discover the truth behind her son's death.

Kim Jung-eun showed excellent acting performance exploring her various sides as an actress through the dramas, "Sunflower" 'Lovers in Paris' 'I Am Legend' 'Ooh La La Couple', as well as movies like 'Glory of the Family' 'Close to You' 'Forever the Moment' 'How to Keep My Love'.

"Make a Woman Cry" will air after the completion of 'Rosy Lovers'. The new drama is drawing much attention as to which side of hers she will bring out this time.