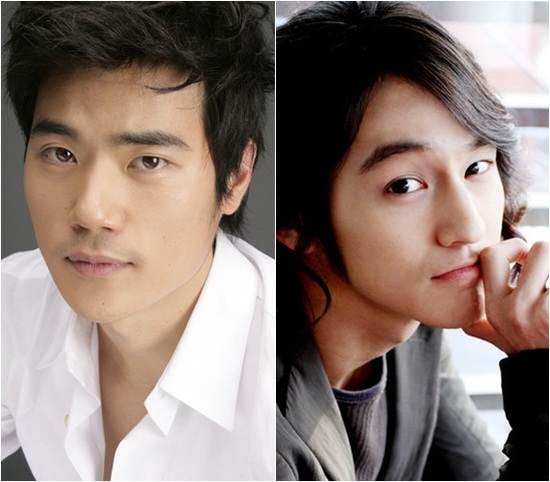 Kim Kang-woo will be taking on the role of Yang Choon-dong in this movie. He is a unique character who also works as a multi-phase water purifier salesman. He is also a passionate detective who instinctively thinks that the missing children's case has something to do with kidnapping and murder.

Kim Kang-woo has played the role of a detective in the movies "Rainbow Eyes" (2007) and "A Better Tomorrow" (2010) before but Yang Choon-dong has more of a living character in him unlike the others.

The suspect detective Yang Choon-dong suspects is a mysterious youth who draws graffiti played by Kim Beom. He has been showing totally different characters in every work he's done recently from a boy to a man, getting more and more matured every time.

Meanwhile, "The Gifted Hands" is directed by Kwon Ho-young from "Parallel Life" (2009) and spreads out the story of a detective who chooses a graffiti-drawing youth as his suspect. The movie will crank in March.

"Kim Kang-woo and Kim Beom in the movie "The Gifted Hands""
by HanCinema is licensed under a Creative Commons Attribution-Share Alike 3.0 Unported License.
Based on a work from this source