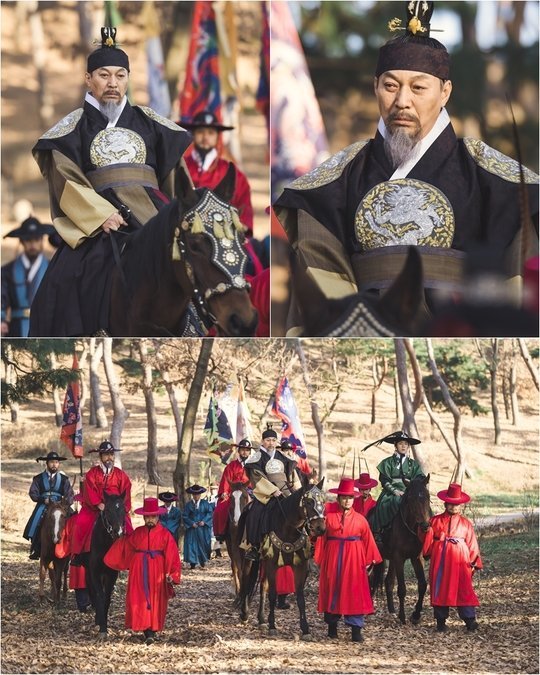 Kim Kap-soo is making a special appearance in "Haechi" as Sukjong, the cause of all conflicts.

"Haechi" is the story of love and friendship of a problematic prince (Jung Il-woo) who can't be made king.

Sukjong is a Josun king who's life was in danger. King Sukjong is a figure who agonizes over the precarious throne after learning that Prince Kyung Jong can't have a son. In particular, he is said to be the starting point of all conflicts and incidents during the replacement period of King Sukjong's reign, which shook up the Joseon Dynasty.

The pictures show Kim Kap-soo riding with dignity. Under the strict protection of countless guards around him, he is emitting a powerful charisma of the absolute monarch Sukjong. However, from his expression full of deep sorrow, King Sukjong's deep agony over the precarious throne can be reflected.

SBS drama "Haechi" begins on the 11th of February.

"Kim Kap-soo to Make Special Appearance in "Haechi""
by HanCinema is licensed under a Creative Commons Attribution-Share Alike 3.0 Unported License.
Based on a work from this source