Kim Kyeong-ran-I and Song Jae-hee in a relationship 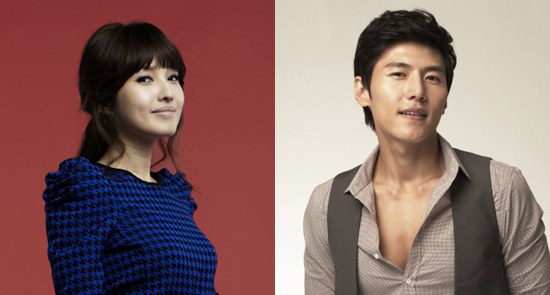 Kim Kyeong-ran-I and Song Jae-hee are being blessed by many netizens.

Kim Kyeong-ran-I and Song Jae-hee delivered news of their romance on the 13th through their agencies and claimed they've been seeing each other since April.

Netizens say, "It's become a trend for the woman to be older than the men", "They are an unexpected couple", "They look good together" and more.

The two met in a church and they were attracted to each other by their devotion. Netizens also say, "Should I be going to church too?" and more.

Meanwhile, Kim Kyeong-ran-I has been active in several programs as an MC since her declaration of being her own manager and Song Jae-hee has been popular since the MBC drama "The Sun and the Moon".

"Kim Kyeong-ran-I and Song Jae-hee in a relationship"
by HanCinema is licensed under a Creative Commons Attribution-Share Alike 3.0 Unported License.
Based on a work from this source