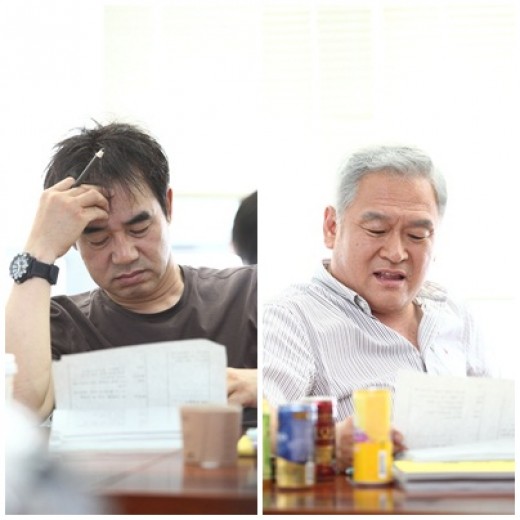 May Queen Cultural Industries claimed on the 29th, "Kim Kyu-chul and Ko In-beom have joined the drama. They hold important keys to the drama so their characters are vital".

Kim Kyu-chul takes on the role of Ki-cheol who knows the secret of Hae-joo's (Kim Yoo-jung) birth and obeys authority but does not care about means and ways for the success of his son Chang-hee (Park Gun-tae).

Ko In-beom is Dae-pyeong the chairman of a group who conflicts with Kim Kyu-chul and grandfather to Kang-san (Park Ji-bin). He is going to compete with Do-hyeon (Lee Duk-hwa) for the business rights to Ulsan and is a bad tempered character with insight.

Meanwhile, "May Queen" is about the sufferings and success of a woman in her weak surrounding but succeeding as an oceans specialist based in Ulsan.

"Kim Kyu-chul and Ko In-beom join MBC "May Queen""
by HanCinema is licensed under a Creative Commons Attribution-Share Alike 3.0 Unported License.
Based on a work from this source