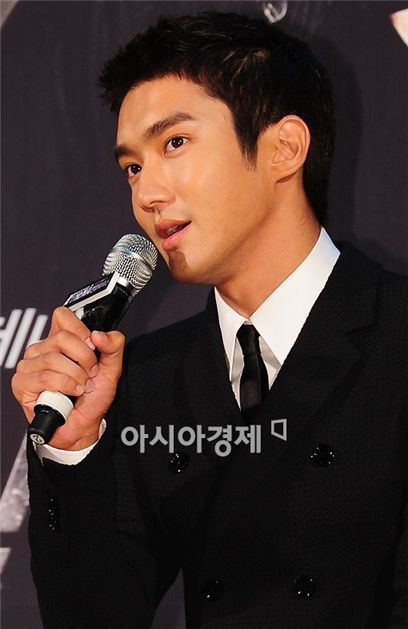 Singer and actor Kim Min-jong has evaluated Super Junior member Choi Si-won as having much potential as possibility as an actor.

Kim made the remark during a showcase on Monday for upcoming TV series "ATHENA", the spin-off to last year's hit show "IRIS", in which the two appear alongside a star-studded cast also including Jung Woo-sung, Cha Seung-won, Soo Ae, Lee Ji-ah and Kim Seung-woo.

"He's doing so well that he's an actor whose future I look forward to more than his present", complimented Kim. "He reminds me of my own past, when I see him doing well at sports and music, as well as having a good determination for acting".

Choi explained, "I think I'll be able to act with my mind at ease and not be nervous because I had been pressured about having to act but everyone has been treating me as if I'm their sibling or nephew....... The members of Super Junior are jealous of me getting to work with them". Choi explained.

"ATHENA", set to go on air starting November, will be about terrorist acts and threats against the Korean Peninsula and the whole world.

The drama will be shot in various locations throughout the world such as Italy, Japan, New Zealand, Singapore and Switzerland.

"Kim Min-jong says Choi Si-won has much potential as actor"
by HanCinema is licensed under a Creative Commons Attribution-Share Alike 3.0 Unported License.
Based on a work from this source