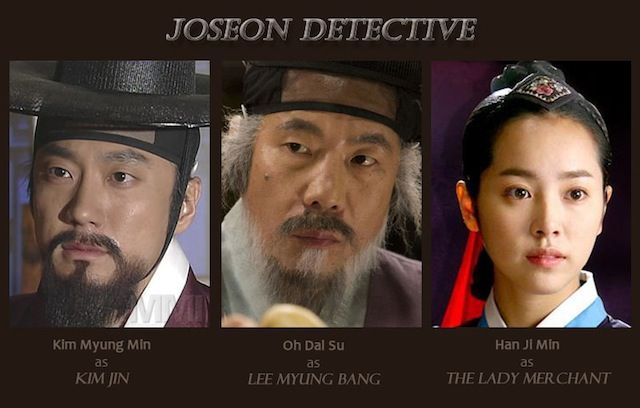 "Kim Jin" is the name of Kim Myung-min's character in his new movie, "Detective K" (working title). Film actor Oh Dal-soo ("The Servant" 2010, "Thirst" 2009, "The Good, the Bad, the Weird" 2008) will play the role of "Lee Myung Bang", Kim Jin's good friend who assists him in the secret investigation on the the death of a woman who allegedly committed suicide. Actress Han Ji-min will portray the yet to be named mysterious lady merchant.

Joseon Detective is loosely based on the second novel in the fictional mystery series that features real-life Joseon scholar, Jeong Yak Yong (1762–1836). The series is the work of best-selling author, Kim Tak Hwan who also wrote other famous novels that were adapted into film and TV such as "Immortal Admiral Yi Sun-shin" (KBS, 2004-2005) and "Hwangjin-i" (KBS2, 2006).

Special thanks to: ljubov

"Kim Myung-min is Kim Jin"
by HanCinema is licensed under a Creative Commons Attribution-Share Alike 3.0 Unported License.
Based on a work from this source