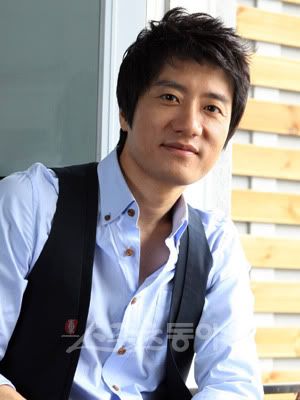 It's an extra special Christmas for Kim Myung-min's fans in Japan!

Kim Myung-min's agency, MY Entertainment has confirmed that the actor will hold a special Christmas Show on December 25 at the Club Fuji Hall of Sheraton Grande Tokyo Bay Hotel.

The event will start with a lunch at 12 o'clock, followed by a one-hour long talk show at 1 o'clock.

A ticket costs 35,000 yen (approx 306 EUR/ 419 USD) which includes taxes, food and entry to the event. Reservations will open from November 20 for Ticket Pia members, and from November 30 for non-members. Due to the limited number of seats, attendance is strictly by reservation only.

This event marks Kim Myung-min's third official meeting with his Japanese fans. The first fanmeet was held on April 2007 for "White Tower", and the second one was in December 2008 for "Beethoven Virus".

Here are more details of the event.

Special thanks to soon

"Kim Myung-min's Special Christmas Show in Japan"
by HanCinema is licensed under a Creative Commons Attribution-Share Alike 3.0 Unported License.
Based on a work from this source