Kim Myung-soo is a fool for daughters 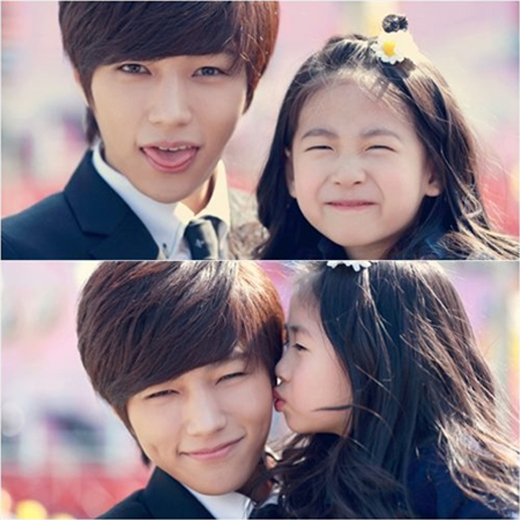 Kim Myung-soo is holding kid actress Park Min-ha. He's posing with a cute expression towards the camera with her or smiling brightly as she's kissing his cheek.

Apparently, he was so caring towards her during the whole time they shot the music video.

Netizens say, "Kim Myung-soo and Park Min-ha are so cute", "They are so good looking together", "He's going to be a fool for his kid when he has one" and more.

Meanwhile, K Will's "Love Blossom" is currently at top 1 of the music charts until now.

"Kim Myung-soo is a fool for daughters"
by HanCinema is licensed under a Creative Commons Attribution-Share Alike 3.0 Unported License.
Based on a work from this source