Kim Nam-gil and Gang Dong-won are coming back 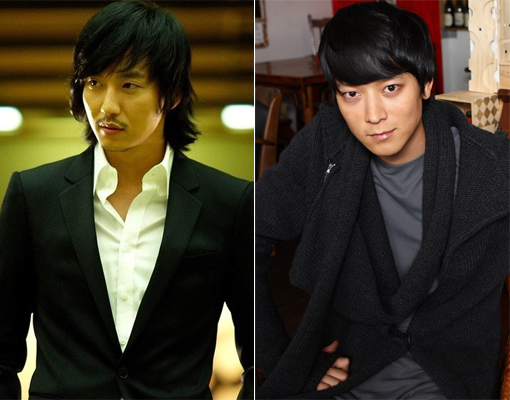 Discharged in July and August

Big fish are returning to the entertainment biz where there is currently a famine in actors.

Kim Nam-gil and Gang Dong-won who are serving military duty as public service officers are being discharged in July and August. Several movie, drama and advertisement productions are busy on their feet's trying to get them to star in their projects.

Kim Nam-gil who will start being active since July will start promoting his drama "Bad Man" which he starred in before his admittance to the military. Details of the schedule are still under negotiation. Kim Nam-gil has become popular in Japan through the drama "Queen Seon-deok" and he plans on targeting the Japanese market as well as the international one once he's out and active again.

Gang Dong-won is very likely to come back with a movie once he is out. Several movie companies have offered him deals since the start of the year. Gang Dong-won is known to have many loyal fans through his movies, "Jeon Woo Chi: The Taoist Wizard", "Secret Reunion" and "Haunters". His continuous appearances in advertisements also helped it feel like he was never gone that long on military service, therefore the reason why he hasn't been forgotten among many medias and productions.

"Kim Nam-gil and Gang Dong-won are coming back"
by HanCinema is licensed under a Creative Commons Attribution-Share Alike 3.0 Unported License.
Based on a work from this source