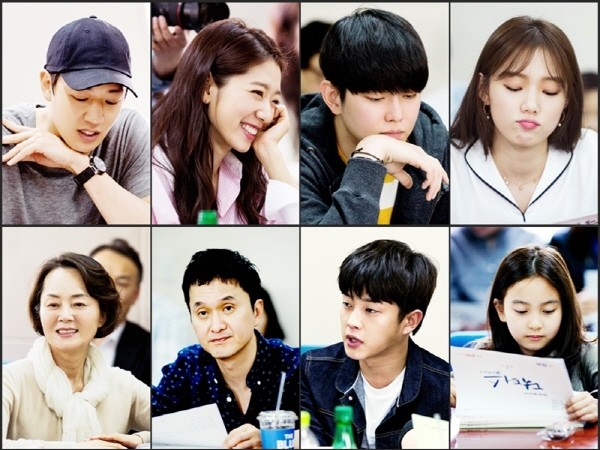 Kim Rae-won and Park Shin-hye and other "Doctors" cast had their first script reading seeion recently.

Kim Rae-won has been cast for his role as Hong Ji-hong, a former high school teacher who become a neurosurgery specialist later on. Unlike his dissembling appearance, he is hiding sadness as he had to leave hospital because he failed to save a patient's life.

Park Shin-hye transformed into a completely different image. She brought the tough and rebellious character, Hye-jeong to life smoothly.

An associate with the production team said, "Kim Rae-won expressed the complicate inner side of his character abundantly just by reading his lines" and "Park Shin-hye also impressed everybody with her unconstrained acting".

Yoon Kyun-sang and Lee Sung-kyung were also a great addition to bring more energy to the drama. The middle-aged veteran actors Kim Young-ae, Lee Ho-jae, Jung Hae-kyun and others will solidify the base for the drama.

"Doctors" will premiere on June 20th.

"Kim Rae-won and Park Shin-hye in 'Doctors' first script reading"
by HanCinema is licensed under a Creative Commons Attribution-Share Alike 3.0 Unported License.
Based on a work from this source