Kim Rae-won and Park Shin-hye, the power of "Doctors" script 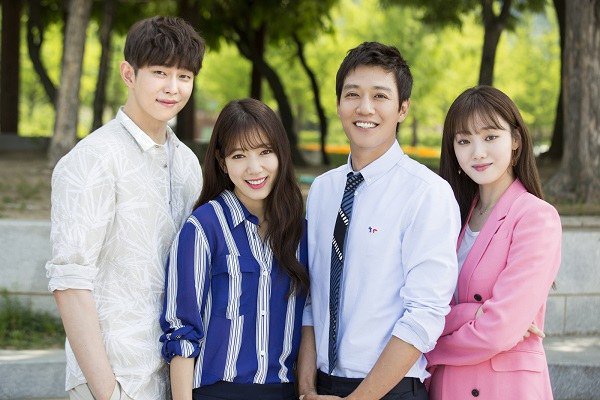 SBS drama "Doctors" is on a roll. Kim Rae-won and Park Shin-hye are doing a great job but it's not an overstatement to say that writer Ha Myeong-hee's writing skills are also the result of its strong progress.

Ha Myeong-hee is known for her classic lines in "Kind Words" and "High Society". She's doing it again in "Doctors".

Lines such as Kim Rae-won's "Are you married? Do you have a boyfriend? That's okay then", "Are we going out? Are you refusing me?" and others hit it off. Ha Myeong-hee knows what the viewers want as she throws lines that quench everyone's thirsts.

The narrations that can be heard with every episode speaks on behalf of the main characters and increases concentration on the drama. It also adds a trailing note. Ha Myeong-hee also depicts family love and beautiful romance through Yoo Hye-jeong's (Park Shin-hye) past.

Ha Myeong-hee doesn't only rely on romance but she draws attention to the relationships between people.

The drama production says, "Ha Myeong-hee stimulates the public's ears and eyes and her spark is the source of the drama's success".

"Doctors" is the romantic story of Yoo Hye-jeong who was once a rebel but becomes a doctor and Hong Ji-hong who is her senior.

"Kim Rae-won and Park Shin-hye, the power of "Doctors" script"
by HanCinema is licensed under a Creative Commons Attribution-Share Alike 3.0 Unported License.
Based on a work from this source