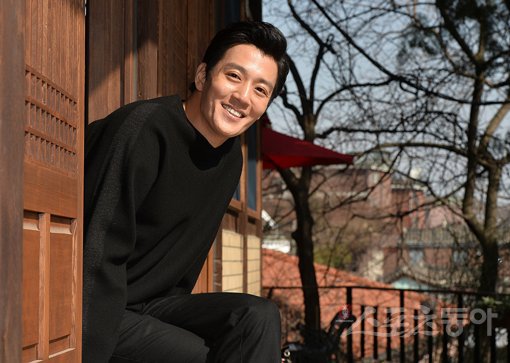 Kim Rae-won claimed that he was seeing someone although it wasn't enough to say that he was in an actual relationship. He claims it's more developed than a flirting stage and she's a regular office worker.

He said that he wanted to make her his girlfriend.

He said, "We met a couple of times for dates but I haven't been able to contact her much because I started filming "Punch - Drama" right after "Gangnam Blues"".

He was always out of town for the movie and now he just doesn't have the time to see her because of the drama. We used to talk every once in a couple of weeks. "We recently agreed to have dinner and I hope to start over again".

"All the younger siblings in my family are married, but I'm the only one that's not married yet so I have to deal with pressure from the grown-ups when I go home for the holidays".

The fact that he's seeing someone shows there's a chance of marriage for him sometime soon but he said, "I don't want to just casually meet and break up with someone. I want to be sincere about this marriage matter".

"Kim Rae-won, "I am seeing someone...""
by HanCinema is licensed under a Creative Commons Attribution-Share Alike 3.0 Unported License.
Based on a work from this source