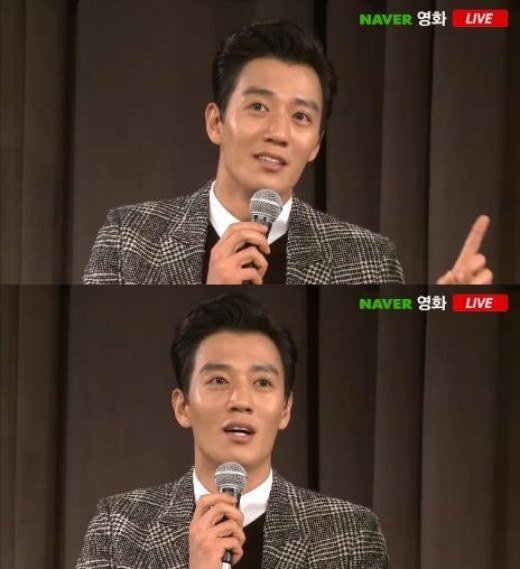 The movie discussion for action movie "Gangnam Blues" was held on the 8th.

Kim Rae-won put on the act of Baek Yong-gi, an orphan like Kim Jong-dae (Lee Min-ho) and wants to be the best out of everything.

Kim Rae-won said, "I lost 10 kg at first, but the director suggested that I should lose more so I lost 5 more".

"Gangnam Blues" is the third sequel to Yoo Ha's "Once Upon A Time In High School" and "A Dirty Carnival" about two men's battle surrounding the land developing around the Gangnam area in the 1970's. The movie is released on the 21st.

"Kim Rae-won, "I lost 15 kg in 2 months""
by HanCinema is licensed under a Creative Commons Attribution-Share Alike 3.0 Unported License.
Based on a work from this source