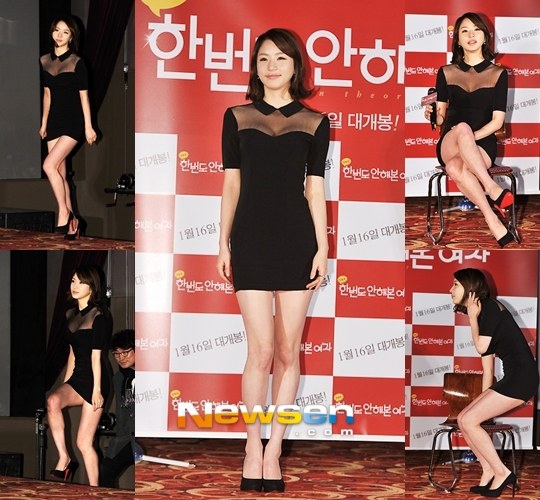 She appeared at the press conference of the movie "Marbling" in Seoul on the 23rd.

She wore a mini black dress which was so short that every time she walked, the dress looked like it was going to ride up. The dress was see-through on her chest and revealed some volume.

Netizens say, "She's got a good body", "I am watching the movie because of her", "Only she could pull it off", "I want to be a fan" and more.

Meanwhile, "Marbling" is a romantic comedy about a woman who has never even kissed before. To be released on the 16th of January.

"Kim Sa-hee, wears a skimpy dress"
by HanCinema is licensed under a Creative Commons Attribution-Share Alike 3.0 Unported License.
Based on a work from this source