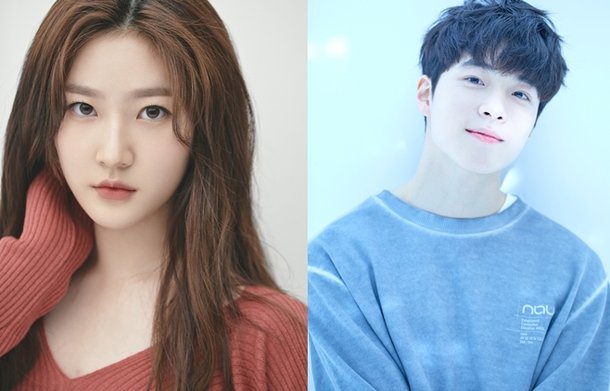 "Excellent Shaman Ga Doo-shim" is the story of a high school girl born with an undesired fate who transfers to a haunted school where a student who came last on the test commits suicide.

Kim Sae-ron and Nam Da-reum, who will lead the fantasy mystery, do not only have solid acting skills from their childhood actor days but they also have attractive visuals so expectations are high for the chemistry between the two actors.

Kim Sae-ron, who has an unrivaled acting ability, plays the role of 18-year-old high school student Ga Doo-shim, who fights evil spirits. She has been playing characters of various genres, capturing different charms and personalities, and will surprise them by presenting unconventional acting transformation.

Nam Da-reum plays the role of Na Woo-soo, a typical exemplary student with a rich family, warm appearance, and outstanding grades. Having played a child role of numerous actors in numerous dramas, he is expected to give off another charm by starring in his first lead role.

"Excellent Shaman Ga Doo-shim" will consist of a total of 12 parts in about 20 minutes each episode, and will begin filming in May and premieres on Kakao TV in the second half of this year.