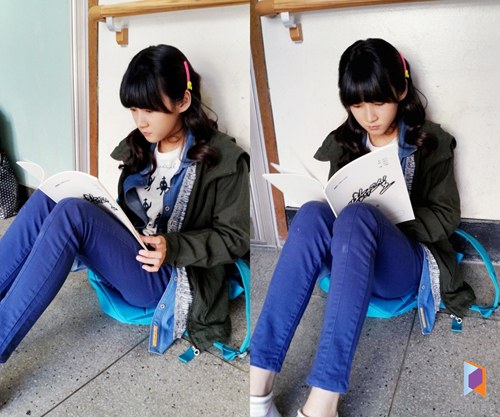 Actress Kim Sae-ron is in love with her script.

In the role of Kim Seo-hyeon in the MBC drama "The Queen's Classroom", Kim Sae-ron is hard at work with her script.

Kim Seo-hyeon is a character who never lets go of her books and is always at the top of her class. Kim Sae-ron is always holding a script in her hand no matter where she is and that resembles Kim Seo-hyeon.

Kim Sae-ron actually works very hard and revises her script over and over again during break times, whenever she can.

Maybe it's thanks to her hard work, she never makes an NG during the real shoot.

"Kim Sae-ron revising her script"
by HanCinema is licensed under a Creative Commons Attribution-Share Alike 3.0 Unported License.
Based on a work from this source