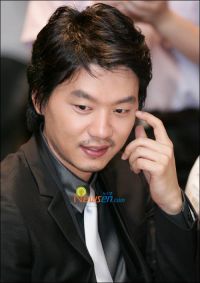 Actor Kim Seung-soo held a fan meeting in Fukuoka, Japan on September 26. His agency said Kim played the piano at the meeting and sang songs as well as showed a few magic tricks. Kim's popularity rose in Japan for his roles in the TV dramas "Jumong" and "City of Glass - Drama".

"It's my fourth fan meeting in Japan, but every time I am as nervous and excited as when it was my first time", said Kim, promising to do his best to repay his fans' support.

Kim previously appeared on the MBS TV drama "Good Job, Good Job", which ended in August, and is currently choosing his next role.