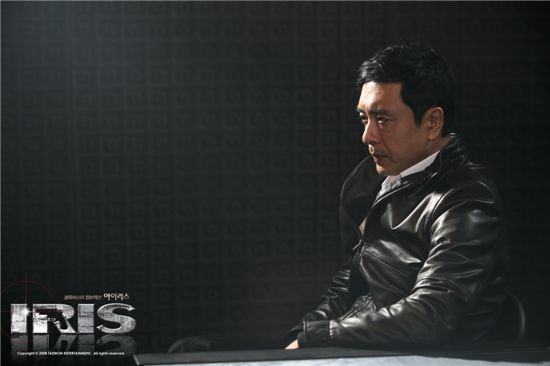 Korean actor Kim Seung-woo, who starred in blockbuster TV series "IRIS" last year, has joined the cast of its upcoming spin-off series "ATHENA", according to the show's producer Taewon Entertainment on Tuesday.

Taewon announced in a press release that the actor will be reprising his role from the original series, playing North Korea's top intelligence agent Park Chul-young who holds the key secrets to solving the mysteries left behind by "IRIS".

Actress Kim So-yeon, who played a North Korean spy named Kim Sun-hwa in "IRIS", appears to be talking with producers about joining the new show as well.

The storyline of "ATHENA", named after the Greek goddess, will be about terrorist acts and threats against the Korean Peninsula and the whole world.

Like the star-studded cast of "IRIS" which was led by Lee Byung-hun, "ATHENA" will feature some of the Korea's top actors including Jung Woo-sung, Cha Seung-won, Soo Ae, Lee Ji-ah, Kim Min-jong and Choi Si-won of K-pop idol group Super Junior.

The series recently wrapped up its location shoot in Italy and will continue onto other countries including Japan, New Zealand, Singapore and Switzerland.

"ATHENA" will premiere in Korea in November.

"Kim Seung-woo joins TV series "Athena" cast"
by HanCinema is licensed under a Creative Commons Attribution-Share Alike 3.0 Unported License.
Based on a work from this source