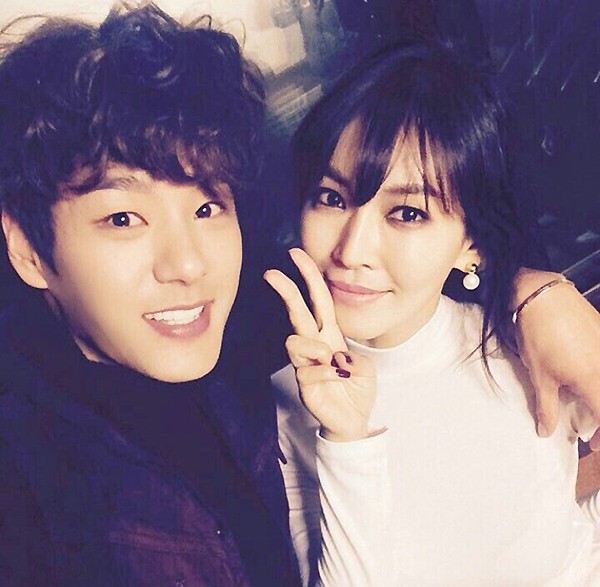 On December 9th, Kim So-yeon posted a photo of herself and her pretend husband, Kwak Si-yang on her own personal Instagram. The two showed off the perfect chemistry in the photo with their faces put close to each other.

In the revealed photo, Kwak Si-yang has his arm around Kim So-yeon's shoulder and Kim So-yeon makes a v sing with her fingers while showing off her bright and pure smile.

The two confirmed each other's love by putting the same hashtag #KittyandPuppy on their Instagram.

Kim So-yeon and Kwak Si-yang are currently appearing in 'We Got Married', MBC's entertainment variety show, which is aired at 5:25 PM every Saturday.

"Kim So-yeon and Kwak Si-yang, the beautiful woman and the beautiful man"
by HanCinema is licensed under a Creative Commons Attribution-Share Alike 3.0 Unported License.
Based on a work from this source