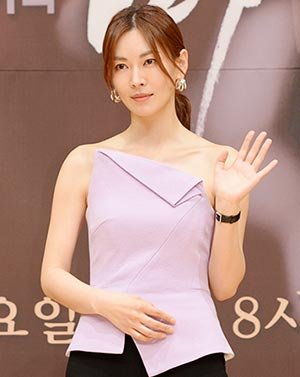 At a press event on Friday just ahead of the airing of its first episode, Kim said her husband Lee Sang-woo was even more excited than her about her return to acting.

"I don't know if anything has changed since I got married, but people around me tell me that I look comfortable. Maybe that is one of the good things about it", Kim said.

The series starts with a woman who is very keen to educate her son to let him go to a prestigious university, as she hires a mysterious stay-at-home teacher.

"Kim So-yeon Returns with Mysterious Role in New TV Series"
by HanCinema is licensed under a Creative Commons Attribution-Share Alike 3.0 Unported License.
Based on a work from this source