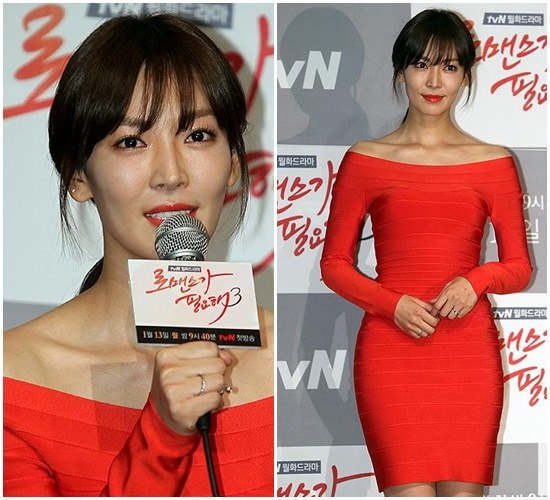 Actress Kim So-yeon is giving up her holiday to concentrate on her drama.

According to Namu Actors, Kim So-yeon is not taking a break this holiday and is going to focus on the tvN drama "I Need Romance Season 3".

It's still early for the drama and her schedule seems to be tight so it's not affordable for the drama for the cast to take a break. Kim So-yeon will be working all throughout this holiday.

Kim So-yeon is busy but doesn't forget to smile and make the working environment a cheerful one.

"I Need Romance Season 3" is about the honest and real relationships between men and women which relates to almost every average women. It is broadcasted every Monday and Tuesday at 9PM.

"Kim So-yeon's plans for the New Year"
by HanCinema is licensed under a Creative Commons Attribution-Share Alike 3.0 Unported License.
Based on a work from this source