Kim Soo-hyun all over TV 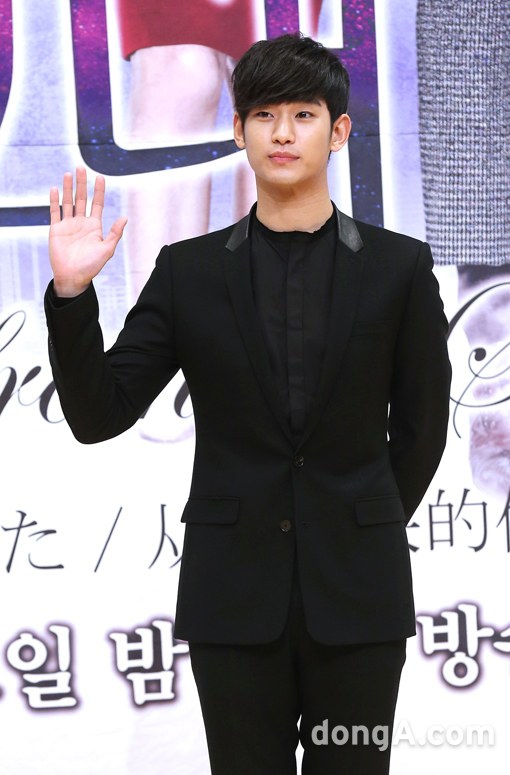 It's a Kim Soo-hyun world out there.

Actor Kim Soo-hyun's drama is the highest rating weekday drama and even his past commercials are being replayed. Kim Soo-hyun's work was replayed during the entire New Year holidays.

SBS drama "My Love from the Star" proved his popularity by scoring the highest percentage of 26.4% on the 29th of January. The production of this drama is already debating an extension of the final episode and it is more than likely that it will happen.

This Kim Soo-hyun 'wave' is also happening in the advertisement industry. Kim Soo-hyun is currently modeling for outdoor wear, cosmetics and others adding up to a total of 15 brands. He's also about to start with new ones. His past commercials and ads have been replayed again recently. A recent cosmetic and snack commercial was taken in 2012 and 2013. This is unusual for the advertising world as it is very sensitive in terms of new trend. This is because Kim Soo-hyun is so popular and he doesn't have time to film more ads. A spokesperson said, "It's a good thing he's even still our model. The ads are from the past but the promotion is working".

Kim Soo-hyun's popularity could be seen throughout the long holiday as if the 5 days of New Years was created based on him. His movie "Secretly and Greatly" was broadcasted as a special instead of the drama "My Love from the Star" and rated the highest with 13.1%. "The Thieves" on the 1st also rated 7%. Cable channels QTV and Drama Cube replayed Kim Soo-hyun's TV Chosun romance drama, "The Sun and the Moon" 20 straight episodes in a row.

"Kim Soo-hyun all over TV"
by HanCinema is licensed under a Creative Commons Attribution-Share Alike 3.0 Unported License.
Based on a work from this source