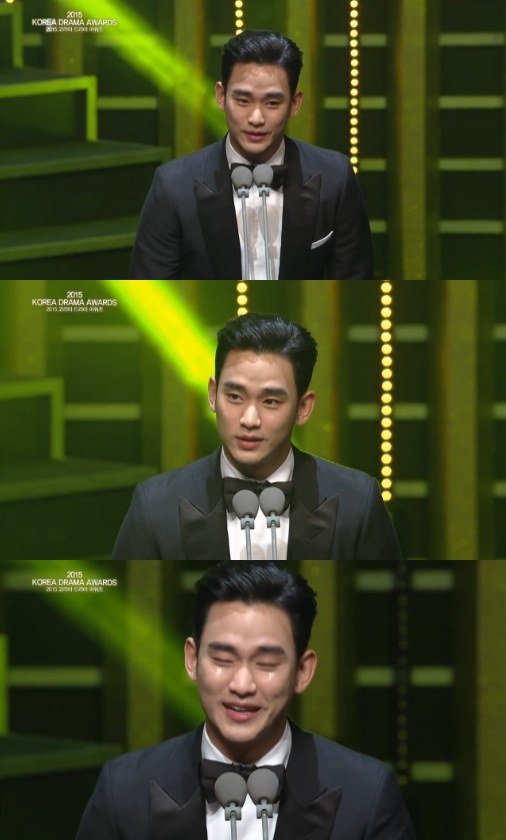 Kim Soo-hyun won the Grand Prize for his role in KBS' "Producers" for the second time in a row after his first last year. Tearful Kim Soo-hyun said during the emotional acceptance speech, "Thank you. I'd like to thank the production team of "Producers", Cha Tae-hyun, Gong Hyo-jin and all colleague actors and actresses. I also thank the family at my agency".

The nominees for Grand Prize of 2015 Korea Drama Awards included Yoo Dong-geun from "This Is Family", Ji Sung from "Kill Me, Heal Me", Joo Won from "Yong Pal", Cha Seung-won from "Splendid Politics" and Kim Soo-hyun from "Producers".

"Kim Soo-hyun gives tearful acceptance speech at receiving Grand Prize second time in a row: Korea Drama Awards 2015 "
by HanCinema is licensed under a Creative Commons Attribution-Share Alike 3.0 Unported License.
Based on a work from this source