Kim Soo-hyun is most wanted by idols 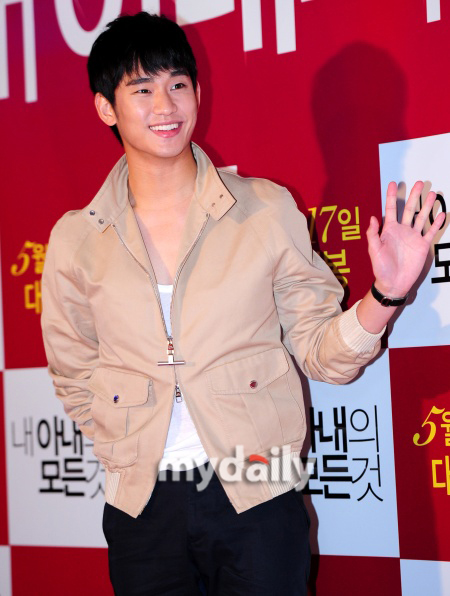 Actor Kim Soo-hyun was chosen as the star who is most lusted for by idols.

According to a survey carried out on MBC Everyone "Weekly Idol", Kim Soo-hyun was chosen as the most wanted star amongst idols as "Most wanted, likely idol star".

Kim Soo-hyun's outstanding performance in the MBC drama "The Sun and the Moon" and the fact that he is the son of a father from a rock band with outstanding vocal talents gave him this honor.

Then followed Lee Kwang-soo, Busker Busker's Jang Beom-joon, Shin Bo-ra from KBS 2TV "Gag Concert" and more. The results can be seen on the 23rd.

"Kim Soo-hyun is most wanted by idols"
by HanCinema is licensed under a Creative Commons Attribution-Share Alike 3.0 Unported License.
Based on a work from this source