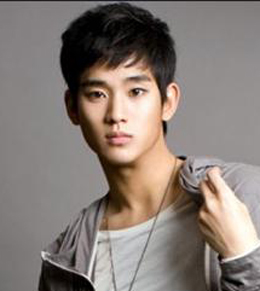 Actor Kim Soo-hyun is a likely candidate to play the main role in the new MBC mini series, "The Sun and the Moon".

It has been told that he is currently going through the terms and conditions after receiving the love call. An MBC official said, "Kim Soo-hyun is thought to be just right for this role so we have been looking at him for a while now. We haven't signed a proper contract yet but his side is also showing positive signs about this drama".

Kim Soo-hyun rose to stardom with the KBS 2TV drama "Dream High" at the start of this year. He then received several offers for other roles but he has been concentrating hard on the movie "The Thieves". His management said, "It is true we are looking up the terms and conditions of the drama "The Sun and the Moon". We will decided on something soon".

"The Sun and the Moon" is based on an original work by Jeong Eun-gwol. There also have been observations that this might be the following story of the KBS 2TV "Sungkyungkwan Scandal" which was based on "The Life of the Sungkyunkwan Scholar's".

"The Sun and the Moon" is a historical romance about the heart aching love between imaginary king Lee Hwon and female shaman Wol. It is produced by Kim Do-hoon from "Royal Family" and scripted by Jin Soo-wan from "Capital Scandal".

"Kim Soo-hyun likely to become the lead role for "The Sun and The Moon""
by HanCinema is licensed under a Creative Commons Attribution-Share Alike 3.0 Unported License.
Based on a work from this source