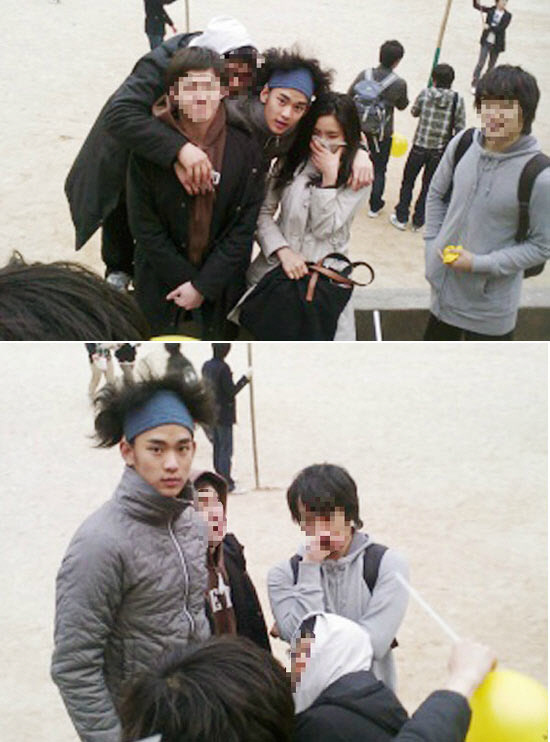 Hot star Kim Soo-hyun and Shin Se-kyung were caught on camera with his arm over her shoulders.

In the pictures are Kim Soo-hyun and Shin Se-kyung, who are from the same Department of Theater and Film Class of 2009 at Joongang University. Unlike enthusiastic Kim Soo-hyun, ready for the picture, Shin Se-kyung has half her face covered with her hands as if she was shy.

Kim Soo-hyun's hairstyle comes in as another shock as it is very different from his neat image on the MBC drama "The Sun and the Moon" and is very bushy and messy.

Those who have seen the pictures say, "I didn't know they were from the same university", "They are the hottest stars today", "They seem to be a lot different from what they are today" and more.

"Kim Soo-hyun makes a move on Shin Se-kyung?"
by HanCinema is licensed under a Creative Commons Attribution-Share Alike 3.0 Unported License.
Based on a work from this source