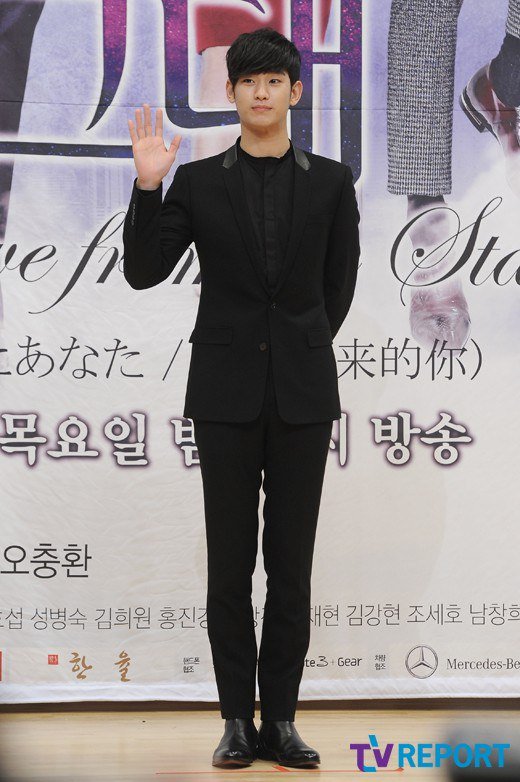 Apparently Kim Soo-hyun has been offered to star in the remake of the 1991 movie "Once A Thief". His name was the first to be mentioned.

According to the media, the crew of the remake version of "Once A Thief" is considering Michelle Chen, Huang Xiao Ming and Kim Soo-hyun. "Once A Thief" is about a team of thieves including two men and a woman which was originally starred by Chow Yun Fat, Leslie Chung and Cherie Chung. They formed a sad, love triangle.

In regards to starring in the remake, Kim Soo-hyun's agency said, "It's true there has been an offer but we haven't decided on anything yet. There have been many offers in Korea and China but we can't say anything for sure right now".

Rising Hallyu star Kim Soo-hyun from the drama "My Love from the Star" is being asked for everywhere from films to ads. Because he hasn't set his mind on anything yet, there has even been a cover story about him being mentioned for casting. There were news of his appearance in the movie "Summer's Desire", but turned out to be false.

Meanwhile, Kim Soo-hyun has completed his Thailand, Taiwan and Shanghai fan meeting in success and is now going to continue onto Guang Zhou, Beijing, Indonesia and Singapore.

"Kim Soo-hyun remakes Chinese movie "Once A Thief""
by HanCinema is licensed under a Creative Commons Attribution-Share Alike 3.0 Unported License.
Based on a work from this source