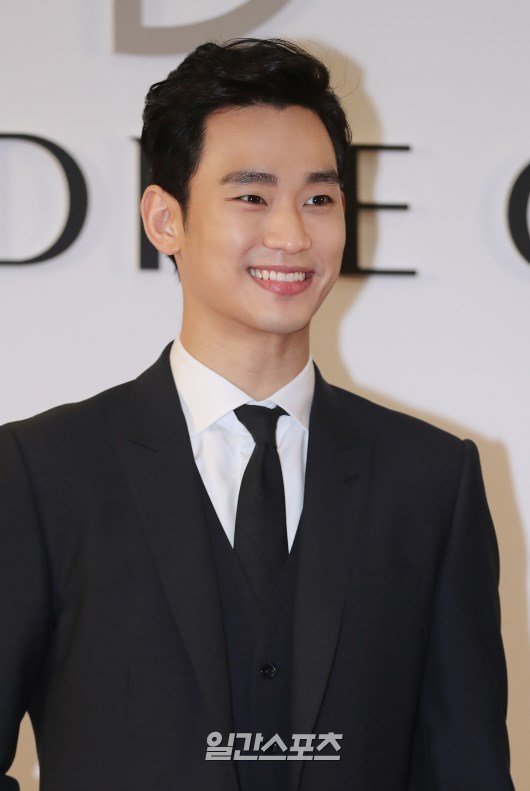 The advertising industry is calling for actor Kim Soo-hyun. There's still a month left until he's done with military service, but rumor has it that there are brands that have already signed him on.

He's getting the best treatment as well. The period of his absence is negligible. Sources say, "Before he was deployed, Kim Soo-hyun received up to a billion won (about $847,000) for advertisements. It looks like that's not going to change even after he's been discharged. One billion won is the most a male celebrity can get paid".

Kim Soo-hyun rose to Hallyu stardom with dramas "The Sun and the Moon" and "My Love from the Star" as well as the movie "The Thieves". Until right before he was deployed to National Service, he modeled for various men's wear, outdoor wear, cosmetics, distribution, finance and car brands.

Not only is there a large number of contracts, but there is also a high rate of long-term contracts and renewal of contracts. The outdoor brands signed him on from 2012 to 2016, the men's wear from 2012 to 2017 and before he left, he signed a contract with a tourism company and appeared on a commercial in 2018 during his National Service period.

Sources from the advertisement industry say, "The slowed down growth in domestic brands is credited to the fact that overseas sales rose after hiring Kim Soo-hyun as an advertising model. Another reason he's so wanted by advertisement agencies is that he's been very loyal throughout his time on contracts".

It's unsure what he's going to be starring in next, but advertisement agencies want him badly. Several popular stars like Im Si-wan, Lee Min-ho and Kang Ha-neul are being discharged this year, but Kim So-hyun is the icing on the cake. He's also been getting many 'love calls' for his next project and many are waiting to hear what he's doing next.

Kim Soo-hyun joined the military on the 23rd of October in 2017 and served in the Army 1st Division Search Squadron. The Military Manpower Administration (MMA)'s physical examination ruled him as fit for alternative military service, but he received a grade 1 through re-examination and joined the army in active service. His exemplary behavior earned him an early promotion to sergeant. He's done with his military duties on the 1st of July.