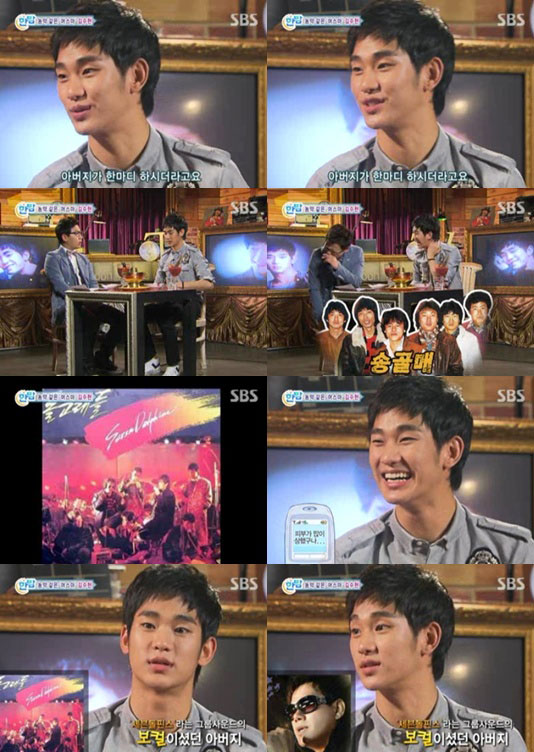 It turns out that Kim Soo-hyun's father is also a celebrity.

Father of Kim Soo-hyun who is currently highly popular for his role in the MBC drama "The Sun and the Moon" was revealed to be a former singer.

This fact was recorded in an interview after the drama "Dream High" from last year and Kim Soo-hyun had mentioned that his father was a former member of a group sound. Once again as Kim Soo-hyun's popularity goes up through this drama, these facts about him are becoming an issue once again.

Kim Soo-hyun had said, "My father was the vocalist in the group Seven Dolphins before I was born. I asked him why he didn't succeed very big".

His father Kim Choong-hoon said, "That's when the band Songgolme came out" and said they were defeated by their rivals.

Meanwhile, Kim Soo-hyun is currently being supported nationwide for his role in the drama "The Sun and the Moon".

"Kim Soo-hyun's father is from the band Seven Dolphines"
by HanCinema is licensed under a Creative Commons Attribution-Share Alike 3.0 Unported License.
Based on a work from this source