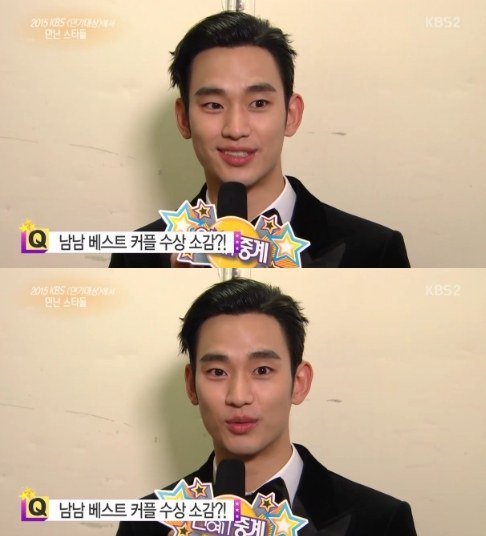 Kim Soo-hyun expressed his feelings about having received the Best Couple Award with Cha Tae-hyun.

The January 2nd show of KBS 2TV 'Entertainment Weekly' featured the interview with Kim Soo-hyun, who shared the honor of the Grand Prize of KBS Drama Awards with Go Doo-shim.

Kim Soo-hyun, popular for his role in "Producers", said, "Won Best Couple award with Cha Tae-hyun. It was exceptional", while smiling shyly.

"Kim Soo-hyun says "The Best Couple Award with Cha Tae-hyun, exceptional" "
by HanCinema is licensed under a Creative Commons Attribution-Share Alike 3.0 Unported License.
Based on a work from this source