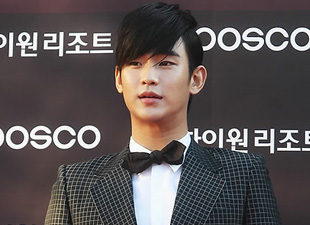 These days, it's hard to land on any channel that isn't playing something related to the "it" guy, Kim Soo-hyun. This may be a drama, interview, variety show, or commercial.

After becoming a household name due to the hit drama "The Sun and the Moon", Kim has snagged 17 new endorsement deals. This tops even the record of figure skating queen and Korea's national darling, Kim Yuna. Kim Yuna had amazed the public for boasting 15 endorsement deals in 2009.

Speculators are saying that his deals sum up to an amount over 6 billion won. Most A-list celebrities are said to have endorsement deals worth about 300 million to 350 million won.