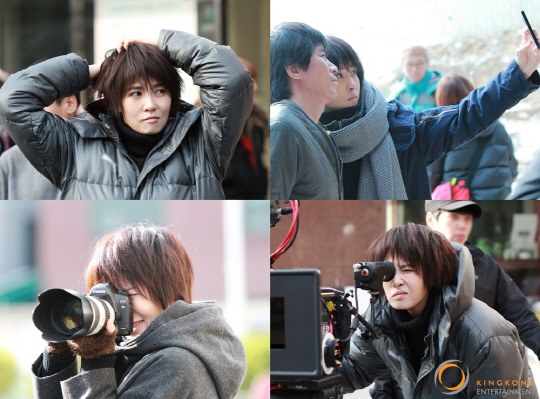 Kim Sun-ah transformed into a photographer.

Pictures of Kim Sun-ah show her ruffling her hair and making a cute expression or taking a picture with actor, Shin Jung-geun who is starring in the same movie, "The Five" with her.

She takes pictures of everyone including actors and actresses she co-stars with and staff on site. She even deals with the film cameras herself and mingles well with everyone.

She eventually created a photo book of everyone whom she took pictures with over the last four months and presented it to everyone.

"Kim Sun-ah becomes a photographer"
by HanCinema is licensed under a Creative Commons Attribution-Share Alike 3.0 Unported License.
Based on a work from this source